Anne Boleyn (1501 – 1536) was Queen of England from 1533 to 1536 as the second wife of King Henry VIII. Henry's marriage to Anne, and her execution, made her a key figure in the political and religious struggle that is known as the start of the English Reformation. Anne came to England after an education in France in early 1522, to marry her Irish cousin James Butler, 9th Earl of Ormond; however, the marriage plans ended in failure and she secured a post at court as maid of honour to Henry VIII's wife, Catherine of Aragon.

Early in 1523 there was a secret betrothal between Anne and Henry Percy, son of the 5th Earl of Northumberland. In January 1524, Cardinal Thomas Wolsey broke the betrothal, Anne was sent back home to Hever Castle, and Percy got married to Lady Mary Talbot, to whom he had been betrothed since adolescence. In early 1526, Henry VIII began his pursuit of Anne. She resisted his attempts to seduce her, refusing to become his mistress - which her sister Mary had been. It soon became the one absorbing object of Henry's desires to annul his marriage to Queen Catherine so he would have been free to marry Anne. When it became clear that Pope Clement VII would not annul the marriage, the breaking of the power of the Catholic Church in England began.

Henry and Anne were married on 25 January 1533. On 23 May 1533, 5 days after Thomas Cranmer had declared Henry and Catherine's marriage null and void he declared it good and valid. Shortly afterwards, the Pope decreed sentences of excommunication against Henry and Cranmer. As a result of this marriage and these excommunications, the first break between the Church of England and Rome took place and the Church of England was brought under the King's control. Anne was crowned Queen of England on 1 June 1533. On 7 September, she gave birth to the future Queen Elizabeth I, whose gender had disappointed Henry. He was not entirely discouraged, for he said that a son would surely follow and professed to love Elizabeth. Three miscarriages followed, and by March 1536, Henry had become impatient and had started to court Jane Seymour.

Henry had Anne investigated for high treason in April 1536. On 2 May she was arrested and sent to the Tower of London, where she was tried and found guilty on 15 May. She was beheaded four days later for offences that historians have claimed to be untrue. Over the centuries, she has inspired or been mentioned in numerous artistic and cultural works. As a result, she has retained her hold on the popular imagination. Anne has been called "the most influential and important queen consort England has ever had", Since she provided the occasion for Henry VIII to annul his marriage to Catherine of Aragon, and declare his independence from Rome. 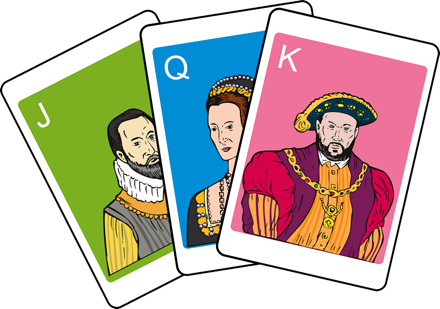